There seems no better time than the night of the 2016 Presidential Election to showcase some incredible United States themed Lego builds. The Lego Americana Roadshow is a traveling exhibit of iconic buildings and architecture from around the United States created entirely out of Lego bricks.

I had the chance to visit a local area mall that was hosting the exhibit during the second half of October. On Saturday October 22nd I packed the family up and dragged them to the Alderwood Mall in Lynnwood, WA so I could stare at some Legos assembled in some incredible shapes. 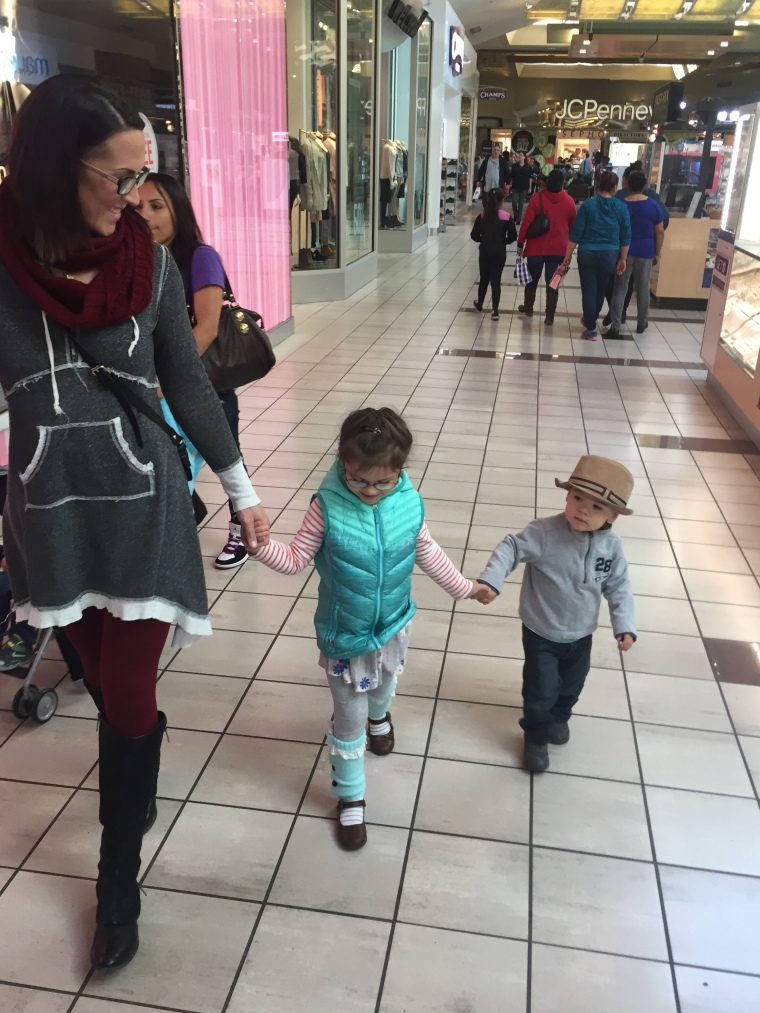 My adorable family being dragged along (prior to meltdowns).

Upon entering the mall and quickly scanning the area I found the first display and secured a map with all the necessary information. I’m going to go down the list and share my pictures of each one, but let me just say that these were all AMAZING! They were huge in scale, way bigger than I had anticipated, and intelligently spread throughout the mall to provide some space to gather around, and made it a bit of a scavenger hunt. The map also had a question for each model, so kids (and adults) could learn a thing or two, which they could find the answer to on a sign posted near the model which had information on both the original piece of architecture and the Lego model alike.

This completed form could have been turned into the Lego store for a free poster of the event, but my typically adorable children reached meltdown status during the last couple of models so we rushed right on out of there to avoid being judged by strangers.

And here are the models. I don’t have a lot of commentary for these other than they are flat out impressive. Not just size which is obvious but detail, and sheer number of bricks when you are looking up close, for each one. Incredible. For most of these I had to stand quite a ways back in order to get the whole model in the frame, so that says something about the size of these. You can click on a picture to see a larger version and there’s an option to see full size image. 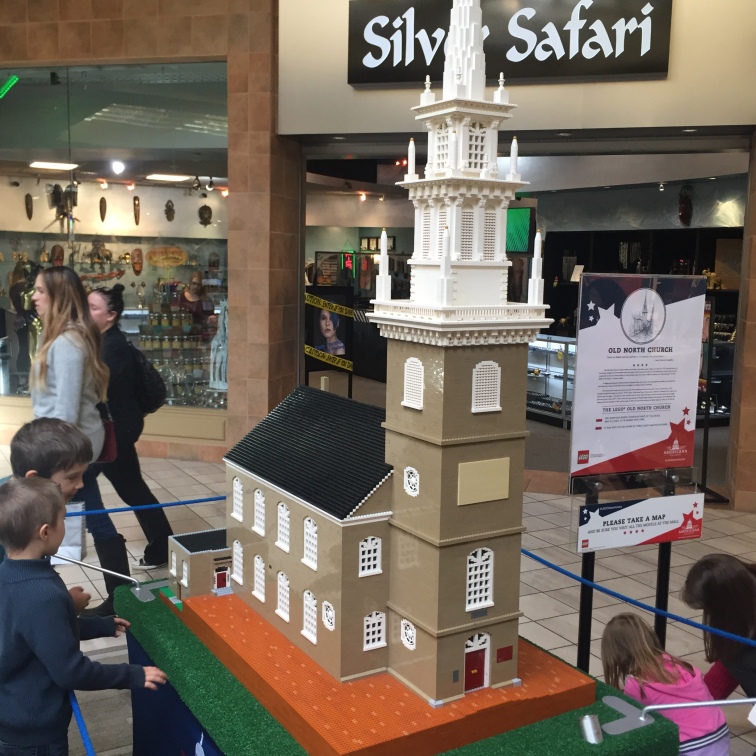 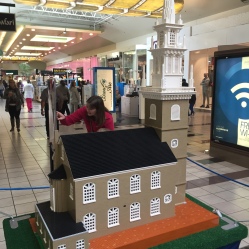 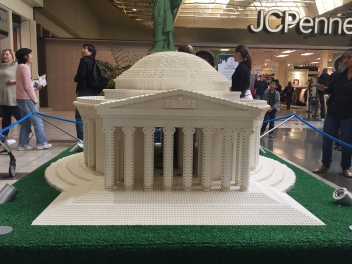 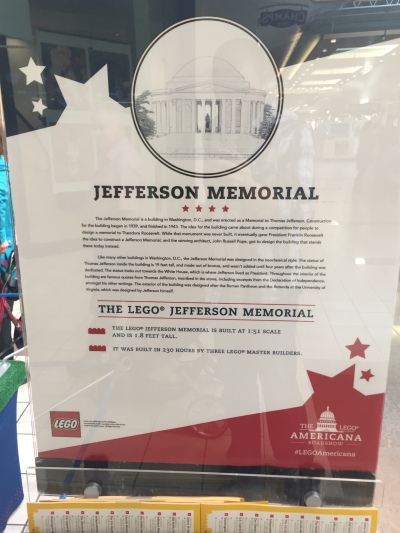 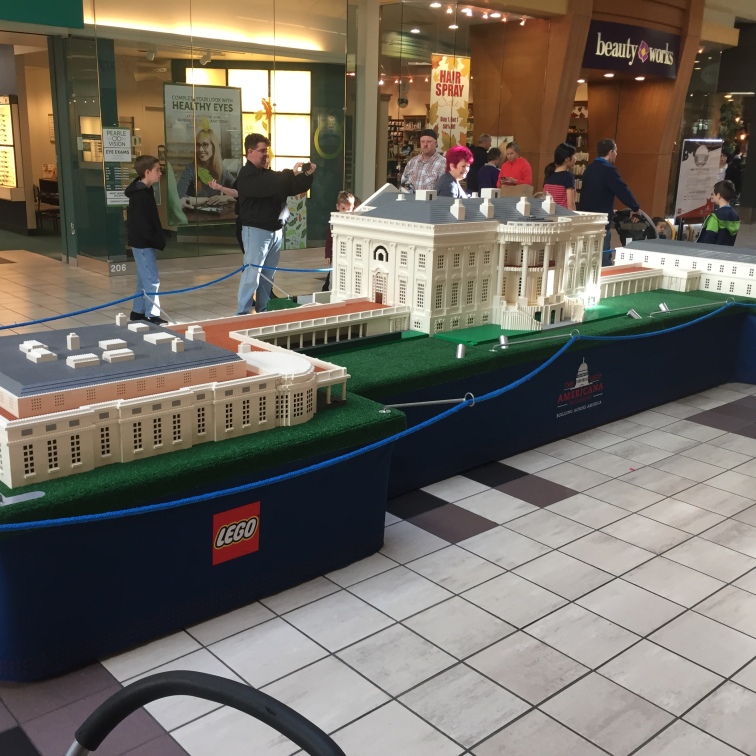 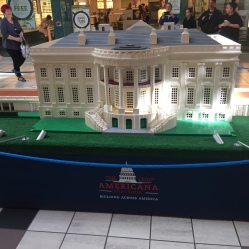 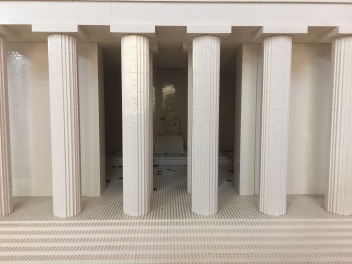 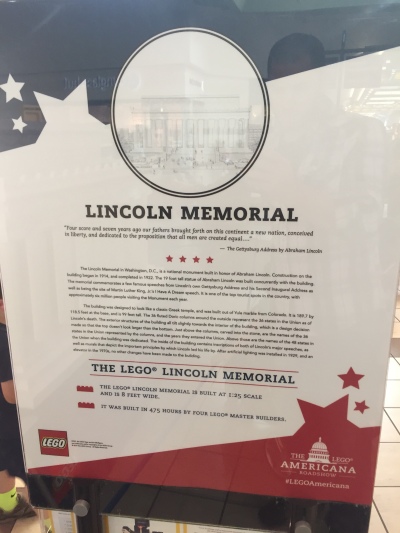 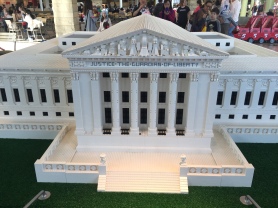 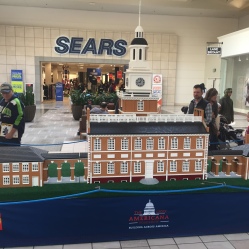 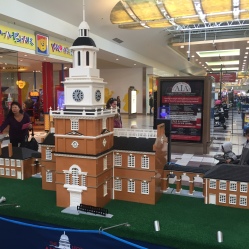 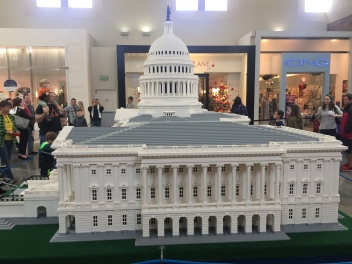 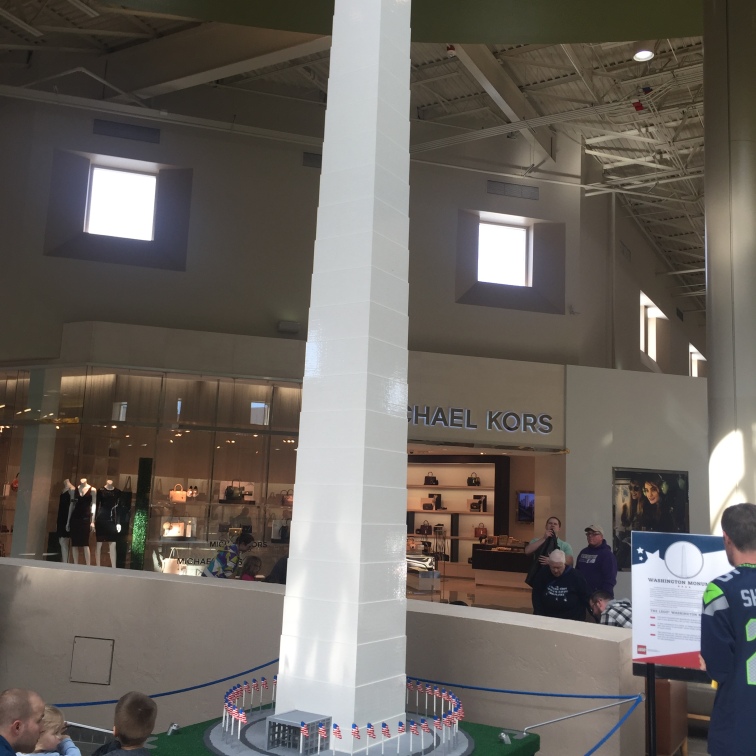 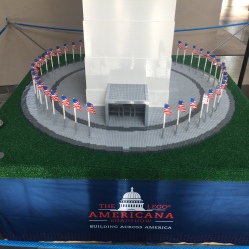 Well I hope you enjoyed those images and could appreciate the scale of these models. As an added bonus, we went on the weekend where they had a “make-and-take” event. There was an area set up where people could line up and collect pieces to make a miniature Washington Monument to take home for free. My daughter and I each took a set home. Nothing beats free Lego. They had a different “make-and-take” model for each stop on the tour, you can find the instructions for each one here. 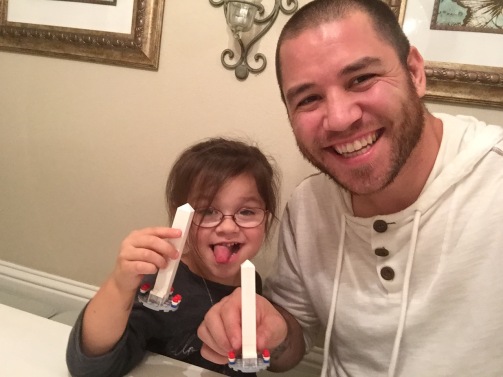